Examining sexual harassment & gender discrimination at the US Dept. of Agriculture

On December 1, When I got wind of this headline, my first thought was “well yeah, duh”.  In other entries, Jess and I have stated that our shared experiences of sexual harassment in the forestry field was what sparked this initiative.  What at first seemed like another terrible news piece to add to the post-election media dumpster fire, became a source of hope for me after further reading.  Against all odds, this hearing is proof that the marginalized are being taken seriously!  Here’s a summary of what went down:

The video above shows the full House Committee on Oversight and Government Reform holding a hearing to address two issues:

The Forest Service has long faced criticism over cases of sexual harassment and gender discrimination.  Many women have described an unsafe work environment where they experience harassment, abuse, and retaliation for reporting these incidents.

In last Thursday’s hearing, former Forest Service employee and current vice president of the USDA Coalition of Minority Employees, and all-around badass, Lesa Donnelly stated the “…blatant harassment of women, minorities, and people with disabilities has vastly increased in the Forest Service over the last decade.”  She testified that the coalition has continually attempted to meet with representatives from USDA’s civil rights office to resolve these issues, but has always been denied an opportunity for dialogue.  Donnelly goes on to say there has also been an increase in women who have been raped on the job, but are too afraid to come forward and report these crimes. Read more about Donnelly’s history fighting against harassment in the USDA here.

Donnelly’s testimony describes a number of cases where whistleblowers like Cheyenne Szydlo, Denise Rice, and Alicia Dabney were persecuted for reporting harassment and assault.  These women each claim to represent hundreds of others with similar stories while working for the Forest Service.  As I began to research these names, I realized these three testimonies really were the tip of the iceberg. 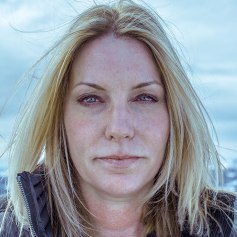 One of the more famous examples was Dabney, who was part of a group of female firefighters in the US Forest Service that filed a complaint with the Dept. of Agriculture in 2014.  The complaint alleged that these women suffered job discrimination, harassment, and sexual abuse at the hands of male co-workers, and top agency officials failed to stop this behavior. Dabney claimed that coworkers made disparaging remarks about her Latina and Comanche heritage and joked about sexually assaulting women.  She said a male supervisor instructed her and another female firefighter to tell him when they began menstruating each month (what?). In 2012, her supervisor (who is still employed by the Forest Service) put her in a chokehold and tried to rape her.  Shortly after, fliers that read “Alicia Dabney, the whore” were scattered around the floor of the fire station where she worked.  She said she “often felt isolated” working in remote field locations (sound familiar?).  A USDA investigation denied these instances as a “pattern of harassment.” In 2012, Dabney was informed that the Forest Service was initiating her termination, claiming she had omitted part of her criminal record—a misdemeanor vandalism charge—and failed to disclose federal debt on her application. (Dabney maintains that she disclosed both.) In 2013, Dabney left and signed a settlement agreement with the Forest Service.

Denise Rice, a firefighter for the Eldorado National Forest, experienced harassment and assault by a ‘division chief supervisor’ aka her bosses’ boss, Mike Beckett. By Rice’s account, Beckett would describe sexual dreams he’d had about her and comment on her body. When they texted about work, he responded with crass double entendres. He cornered her in the office, followed her into the bathroom, and tried to touch her or lift her shirt. She said he groped or touched her inappropriately at least 20 times.  Even when she was out in the field, Rice felt as if there was no escape. Sometimes Beckett would wait late for her to return to the office. He took to radioing in to ask her location and seemed to monitor the line for word of her whereabouts: He’d appear, unannounced, when she was in some remote location— making her very uneasy indeed.

Still, Rice was reluctant to take formal action. She didn’t want to be “one of those women,” she explained. “You don’t cry in front of the guys, you don’t show weakness in front of them. And you don’t file. You just don’t file. You suck up and deal.” But one day in 2011, she said, after three years of harassment, Beckett came into her office and, with a letter opener, poked her repeatedly on her chest, drawing a circle around her nipple. She filed, and a grueling investigation ensued.  Ultimately, the ranger in charge of the investigation recommended that Beckett should be fired. But Beckett retired before any action could be taken. Meanwhile, Rice’s career has effectively stalled. The firefighter who worked with Rice requested anonymity, explaining, “If the powers that be tie me to her in any way, I’ll never promote here again.”

The USDA has been under fire for sexual and civil rights discrimination for decades.  In recent years, the USDA has settled a class-action lawsuit brought by Native American farmers, offered payments to Hispanic and female farmers who alleged discrimination and approved a $1.5 billion settlement with black farmers, decades after farmers said they were denied loans and were subject to racial discrimination in agricultural programs.

“There is something about the culture at the agency, maybe because so many of its programs are in rural areas, where most of the offices are staffed by white men who think this is acceptable behavior.”

– John Boyd, a Virginian farmer and president of the National Black Farmers Association, who led the fight for black farmer compensation.

The further I looked into these accounts, I realized I had opened a pandora’s box.  I mean I went into some dingy corners of the internet, and the more links I clicked, the more testimonies that appeared.  I’m not sure if there’s a direct solution here, but I believe it is safe to say that a significant “culture shift” is yet to come.  I encourage you all to continue speaking up for yourselves, and for those around you who are afraid to come forward.  It seems that decades of evidence has become hard to ignore, and Thursday’s hearing ended on a positive note, where both Republican and Democratic representatives demanded that perpetrators be fired.  “These cases should be reported to law enforement and treated as a crime,” said Rep. Jasomn Chaffetz, R-Utah, chairman of the House Oversight and Government Reform Committee.  “Instead they’re sent back to the agency, where, over coffee” managers tell perpetrators that they can “take all their benefits and retire, wink wink.  Part of this is on Congress- we’re going to have some civil service reform!”